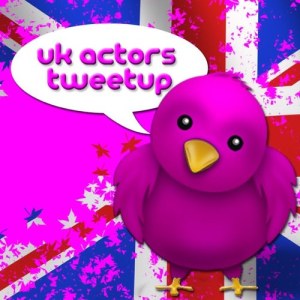 The UK Actors Tweetup have just launched their first ever Short Film Festival!

We can’t believe the moment has arrived where we can invite all our UK Actors Tweetup members to participate in the hottest new short film competition of the year. And in our usual good faith style, it’s entirely 100% free to enter!

Entries are now open and will be open until the 6pm GMT on the 10th October 2015.

If you have a short film that was made in the last two years then we would love you to submit it. Okay, so there are a few terms and conditions to read but nothing too scary.

The main thing is, in the spirit of what the UK Actors Tweetup (and all our international counterparts) team aim to create, this is all about sharing the remarkable work of the people who make our events so magical – YOU!

Below are the team who are working behind the scenes for 2015. These guys will be previewing all the entries (we promise to watch every film), and we’ll soon be announcing a VIP panel of judges who’ll be picking a winner from our final line-up. Our VIP panel include some of the UK’s leading industry folk.

The Gala event will be taking place in November 2015 (date tbc) and there will be a very nominal ticket fee to attend. If you are desperate to volunteer and help us run the event, do drop us an email. We have a few spaces open for volunteers on the night.

On the night there will also be an Audience Award for your favourite short with prizes for both our overall winner (judged by the VIP panel) and the winner of the Audience Award.

Our Film Festival team….alongside some other directors and carefully selected filmmakers who will judge the first round include:

Angela Peters:
Founder of the UK Actors Tweetups and the World Acting Summit(started in 2014). Angela is an international actor best known for her time on TV in Oz and also for a bunch of feature films here and there. Angela met with the LA Actors Tweetup founders in 2010 and decided to swiftly join forces making her previously humble networking event into an international collaboration.

Andrea Farrena:
Andrea works internationally as a producer and runs the talent management companyFarrena Films Mgmt ; representing Actors, Directors, Presenters and Writers. She believes that networking is the key to success in this industry hence why she joined the Tweetup team back in 2012 to co-direct with Angela.

James is a film producer. His company, Rum Jam Films, was formed in 2008 as a vehicle for his own short films while also working as a first assistant director on features, shorts, and TV. In June this year he hosted SKEPTO LONDON, a weekend of international short film highlights from the Sardinia based film festival of the same name and completed his first feature film – MY FERAL HEART in July.

Miguel Alves-Khan:
Miguel is a film actor and Martial Artist. He runs the Nottingham Film and TV Tweetup.   He has been in the industry since 2012, not only as an actor, but also in various other film related activities, helping projects get off the ground and helping people get work.

This site uses Akismet to reduce spam. Learn how your comment data is processed.